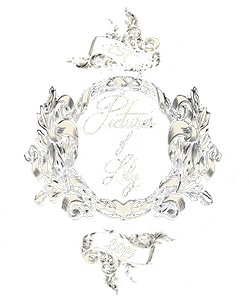 Pictures of Lily has always welcomed people to be themselves and provided a safe space free from judgement. But we are especially proud to be one of the founding members of Transfriendly, a global business directory to find transgender friendly businesses that have pledged to welcome transgender and non-binary customers.

Trans people have always been at the forefront of LGBTQ+ rights. On that seminal night in New York on June 28th, 1969, when police raided the gay club the Stonewall Inn, resulting in bar patrons, staff, and neighbourhood residents rioting onto the street outside, among the many leaders of the riots was a black, trans, bisexual woman, Marsha P. Johnson. The movement continued over six days with protests and clashes. The message was clear — protestors demanded the establishment of places where LGBTQ+ people could go and be open about their sexual orientation without fear of arrest.

That night was seen as the catalyst for the LGBTQ+ movement worldwide. In the UK homosexuality was illegal until 1967 – and even then decriminalisation was only partial. The Sexual Offences Act decriminalised sex between two men over 21 ‘in private’, and this still saw people being arrested under certain conditions. 1970 saw the establishment of the London Gay Liberation Front (GLF) after being inspired by the Stonewall movements in the US. In 1972 the GLF hosted the first London Pride event on the anniversary of the Stonewall riots with around 2000 people in attendance. Now Pride events see millions of attendees marching to celebrate the LGBTQ+ community around the world. Yet despite progression, it’s only in the last few years that milestones have been reached for LGBTQ+ rights. It took until 2014 for The Marriage (Same-Sex Couples) Act to come into effect in England, Scotland and Wales to finally make same-sex marriage legal. Ireland’s first legal same-sex marriage didn’t occur until 2020! And staggeringly, it took until 2019 for The World Health Organisation to declassify transgender health issues as a mental illness. This very month sees the most recent change to policy; as of 14th June the UK will allow gay and bisexual men to donate blood without any waiting periods – now all genders will be asked the same questions about their sexual behaviour in a gender-neutral manner.

Owner Bex speaks from the heart when she says: ‘The tattoo and piercing industry is all about freedom of expression and I want people to be comfortable in the knowledge my business is a safe place, whoever you are, and that you have the freedom to express yourself without ridicule or judgement. People should be able to be whoever they want without fear of rejection, reprisals, bullying or being ostracised. People don’t need labels, or to be put in a particular box, just let people be happy and JUST BE.’

We champion Pride as a celebration of acceptance and love, but it’s important to keep up the good work of being kind and open to differences after the month is over. People identifying as LGBTQ+ are more likely to experience a range of problems related to their mental wellbeing, but it’s important to note that someone’s sexuality or gender identity doesn’t cause these problems – it’s the discrimination, stigma, and the rejection they might experience that can play a huge role. We’ve recently seen the power of pulling together and putting aside differences like race, class and sexuality to overcome issues that affect us all. Go check out the Pictures of Lily listing on TransFriendly and see what other local businesses are supporting the cause.